press Enter to search Showing all results: No products found.

In part 1 we looked at the meaning behind some of the carvings and influences in Indian doors. Continuing now with the Elephants role in door design. 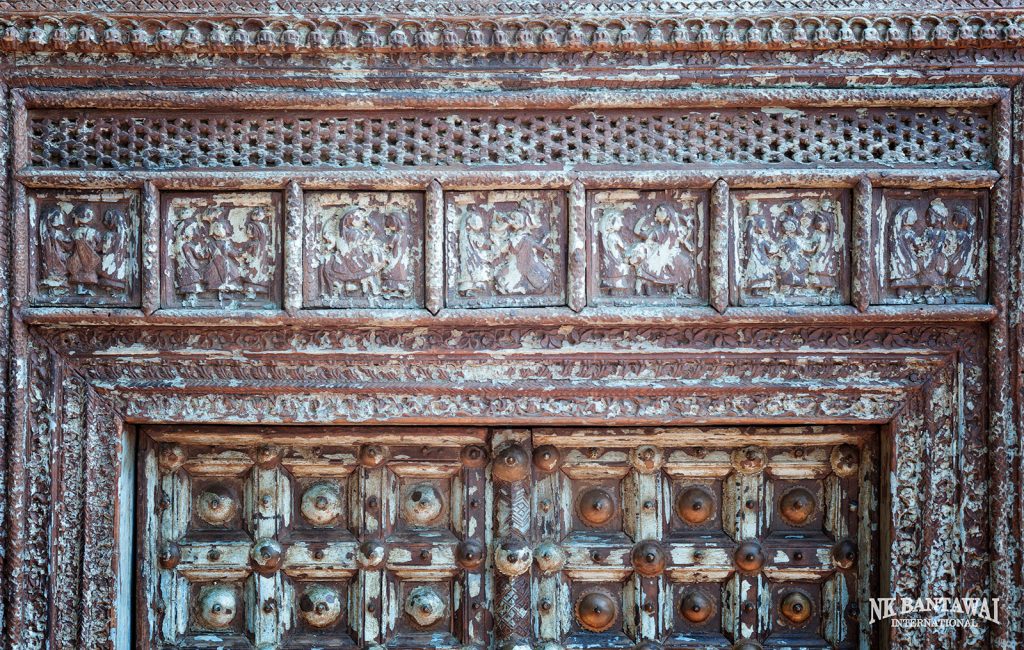 Elephant’s and their role in door design. 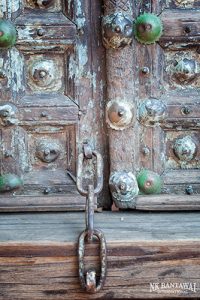 What role did Elephants play in Indian doors design. Most people are aware that Elephants played a large role in early conflict around the Indian region, on the battlefield their presence would have been something like that of the modern tank today, and a heard of charging Elephants must have been a terrifying sight for the early foot soldiers. They also gave elevation for archers and allowed commanders to monitor the battle from height.

Elephants also acted as living battering rams within these conflicts. Using their strength they would smash the doors protecting forts and strongholds and allowing access. Similar to the way modern Elephants use their heads to knock over trees today.

It was due to this, that doors became thicker and stronger. To defend against the ramming they started to be made with Elephant spikes on the outer surface. Long sharp spikes embedded within the wood certainly discouraged the Elephants. Other examples of these spikes would also be mounted on metal domes which would cover almost the entire outer surface of the door. 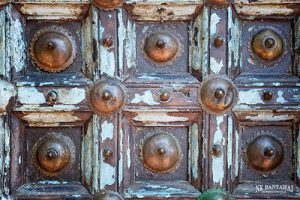 The full Elephant spikes would not be a practical want today, the smaller spike and dome became a decoration feature on many doors well after the practical side was no longer needed. A legacy from the time of those mighty War Elephants and there impact , literally.

Door shapes vary from Islamic arched, simple planking, latticework and frame and panel designs. Often made and decorated with a combination of the above. Rather than heavy carving, interior doors were more often painted, plainly or decorated with murals and motives. Religious symbology, historical events and simple pure decoration may from the painted designs of these doors. There is elegance to these interior doors and their decoration, a simple beauty.

While the good full door examples are in high demand around the world today.  The old broken or damaged doors are now finding a very fitting place in todays home décor design. 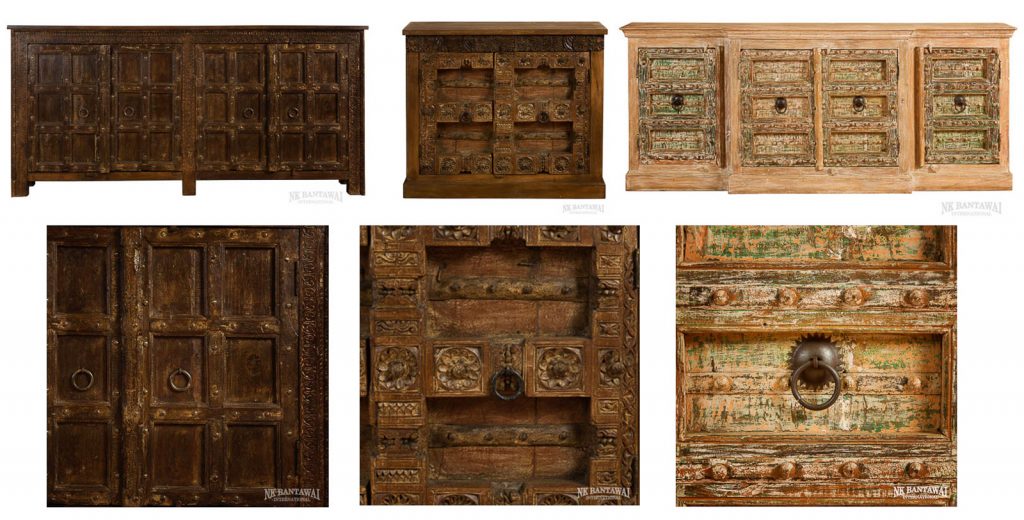 Panels from antique doors make perfect doors for heavy cabinets. Adding a beautiful aged look and create striking conversation pieces. Many of the larger cabinets at NK Bantawai have these old door panels as the examples above show.

Old door frames are also finding a new life as mirror frames. Pieces from old doors are starting to form parts of benches and shelves. Helping to keep these beautiful old items alive and enhancing homes around the world.